May I Have Another Serving of Law, Please?

This morning, I’m challenged by the audacity of forgiveness. I mean, I’m really feeling challenged and every time I want to justify punishment and due consequence the Holy Spirit drops the lyrics from Freedom Reigns in my mind:

Freedom reigns in this place
Showers of mercy and grace
Are falling on every face
There is freedom
Argh! It’s utterly frustrating. A couple who was leading in the church I formerly attended have been charged with heinous crimes. Since their arrest in spring, I’ve been grappling with forgiveness, especially since there hasn’t been evidence of repentance. The charges have been laid and their cases are in the early stages of the Canadian criminal justice system. Their next court appearance will be to set the trial dates – it could be next month or next year.

My honest desire is for them to be convicted, and sentenced to the maximum term – 10 years. And if I’m truly honest, I don’t want them just to go to prison, but I want their stay to be torturous. These thoughts are tormenting me because at the same time I love them and appreciate the fruit which has developed in my life because of their teaching and leadership. Ugh, how can these two conflicting thoughts occupy my emotions? Don’t answer, I don’t actually require a rebuttal, I’m merely venting my further frustration at being double-minded (‘cuz we all know what the scriptures say about being double-minded – James 1:8).

So, it’s Wednesday morning and I’m riled up. I’ve been reading books which are causing me to re-evaluate how I live according to the New Covenant – it is completely turned around. Seriously, the New Covenant is messed up. My specific interest in the scriptures are the Old Testament books. I appreciate the tenderness I find of the Father in the OT, but Holy Spirit has been revealing how much I love the wrath of God for sins. Wrath, especially in the form of punishment, is something I understand. I do something wrong (i.e., sin) and there is punishment and restitution. It’s doubly true for others (*wink). I say I live by the New Covenant but secretly I keep the Old Covenant (Law) in my back pocket to whip out as the crime requires. Of course, Holy Spirit is right and I loathe being wrong so I’m having a bit of an internal struggle.

Last week, I had a conversation with a friend and we were discussing the charges and speculating on what might happen. In the eventuality the charges against the couple do not result in a conviction, she said to me one day they will stand before the Judge and get their due. As quickly as she said that, I commented that wasn’t true if they repented. Repentance is the “get out of heavenly jail” card. Argh! So maddening.

At the time I was mad at the audacity of the gospel of the New Covenant to allow repented sin to go unpunished. Truly, I don’t want justice, I want punishment. Again Holy Spirit reminded me of something: Jesus didn’t suffer the punishment of the Father for sin; Jesus was the perfect Lamb. Sacrificial Lambs were not tortured or punished when they were sacrificed. In fact, they were set aside from birth and protected so they would not be tarnished by defect. Then at the right time, they were sacrificed as atonement (not punishment). Smarter people than I can explain it much better but that is essentially the gist of Jesus as the perfect Lamb. By His sacrifice, the need for further sacrifice (atonement) isn’t necessary. 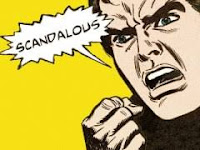 Fast forward to this morning; I was having more conversation with Holy Spirit (resembling more of a debate) and I realized something even more scandalous and audacious than the removal of repented sin is that Jesus forgives even unrepented sin. CRAZY! I can’t even.

The sacrifice of Jesus on the cross for the sin of the world covers ALL sin – for ALL the world (non-believers, believers, and backsliding believers) and for ALL time (past, present &; future). Sin has been dealt with. Period.* There is only one judgment left, which is to separate the sheep from the goats (Matthew 25:31-46). The goats (unbelievers) will be punished and the sheep will be rewarded (praised), according to their deeds. Neither the sheep nor the goats will have their sins splashed on the billboards at Times Square for all humanity to see. To think or teach differently introduces shame as the main fear factor.

Christians like to justify bad behaviour of other Christians by saying, they didn’t really have a full conversion, or they didn’t really pray the salvation prayer with sincerity in their hearts, and we throw around words like Calvinism or Arminianism. I’m not smart enough to remember which theory means what, nor can I argue for one side or another but I believe God’s ways are not as simple as that. His thoughts are lofty, whereas as ours are not. He looks at a whole other level of criteria.

Regardless, back to my dilemma at hand – I believe the couple who [allegedly] committed crimes are Jesus followers. Ergo, even if the justice system of Canada doesn’t convict them but they are guilty of what they’ve been accused, they will NEVER be eternally punished because Jesus has already forgiven them. That is why there is NO CONDEMNATION FOR ANYONE who is in Christ. That is what forgiveness does. It releases the guilty party from punishment or restitution.

Furthermore, regarding the Great Judge, ie., the Ancient of Days...Ancient of Days is introduced in Daniel 7:9. I love the description because in this scene, Ancient of Days shows up and passes a ruling – He judges in favour of the Saints (Daniel 7:22). Yay! We win and we will be vindicated. But wait. That means He judges in favour of the Saints – including the ones who’ve sinned (including the couple). Why? Because the truly Perfect Lamb has already been sacrificed and there is no more condemnation.

Gosh, I’m so mad about this but if I hold the standard of the Law toward the couple, then I have to examine my own life and I’m confident there are areas of my life where I am unrepentant. Two nights ago, I had a strongly worded quarrel with my Man, even stronger were the words I wanted to use and my thoughts were definitely not generous towards him. I didn’t want to forgive him and I was unrepentant - for 2 whole days! What if I died that night and this sin was left open-ended? What kind of eternal punishment would I face? Sin is sin is sin. If Jesus’ sacrifice for my sin is enough then it is enough for the couple’s crimes too.

It’s outrageous, and causing quite the rage in me, and yet, even as I write this, Holy Spirit is still humming Freedom Reigns in my ear as response.

Do you find the New Covenant gospel outrageous and audacious? Please share your thoughts. I want to learn and to walk in freedom, releasing myself and others from the Law.

*Jesus declared only one sin is eternal – to blaspheme the Holy Spirit (Matthew 12:22-32; Mark 3:28), which I believe to be denying Jesus, whom Holy Spirit testifies about. The proof is whether or not your name has been erased from the Book of Life or not.
Posted by Andrea York at 9:24 AM 4 comments:


Stand up! Stand up, all the prophets who see what the Lord is doing.
He is on the move and He is making His Bride beautiful.

Declare it! Speak and don’t hide the truth any longer.
The people perish for lack of vision.
Remove the veil which covers your eyes and distorts your discernment.
We are equipped by His Spirit; listen and then take action.

Repent! Turn away from your own wisdom and seek heaven’s wisdom.
Have nothing to do with evil, not even a hint of it.
Make your hands clean; wash yourself in the Word of truth.

We have truth.
Our Lord, He is truth!


The tide comes close and recedes far away, but you are always near.
Day turns to night and night becomes day, but with you there is no shadow.
One says this, and another says that, but your words never fail; they are always true.
Birthing new life is never pleasant in the process but the promise doesn’t delay.

The wheat and the tares grow together until the day you pluck up the tares.
The ground is disturbed and fear grips us all.

Oh, Lord! My soul is in anguish; I’m being tossed back and forth and the enemy seeks to steal away what I’ve received from your hand.
You are the Rock on which I stand; I will not be overcome.

I pitch my ensign to declare the territory and it will not be taken.
An army moves forward.

My hope is in you.
Posted by Andrea York at 5:13 AM No comments:


We celebrate your Name with all the peoples on the earth.
We give you praise from among the nations.
For you are good, and your goodness stretches across the skies.
The mountains and high places belong to you and you are above them all.

A flaming lightning bolt cannot save us, nor does it produce life.
You, and you alone, give strength and I find courage by your hand.
I bow low at the beauty of your creation because by your word all things were created.

I will spend my every breath on you because without you I would cease to have air in my lungs.
My only delight is to receive from your great grace and mercy.
In you, I find every pleasure.
You silence my tongue and give peace to my mind,
And my only response is to worship you.
Posted by Andrea York at 5:00 AM No comments:


I’m alone, but you are with me.
You feed me from your hand
You prepare a place for my head to rest.

I am held by you and I’m full of joy.
Peace is my blanket; you are peace.

You set a place for me at the table, and not one enemy is present.
You have vanquished all my enemies.
You restore my soul, calm my fears and I am at rest.
You, Lord, will make a way and lead me to the place you’ve planned for me.

I offer praise and will worship you alone.
The thunder of your voice is my covering and my banner.
I will exalt your Name.
Posted by Andrea York at 5:00 AM No comments: 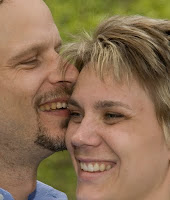 1. I became a Christian at 6, baptized by water at 24, baptized by the Spirit at 36; 2. It was still acceptable to handwrite term papers when I was in college; 3. I hated writing when I was in my 20s; 4. I try to read every book that is recommended to me; 5. People have commented my homemade hamburgers are the best in the world; 6. I believe God rewards with good gifts; 7. The amount of baking I do has a direct [positive] correlation to my spiritual health; 8. My memory is better than a goldfish.

most popular award goes to...